Welcome to the rim

WWS is the tentative title for a new, squad/platoon level WWII game designed to be played solo.

There's two goals I set out to achieve for this game:

So far I'm satisfied with goal #2 above. Armoured vehicle combat is detailed without being cumbersome (modeled armour facing, thickness, location-based hits, and shell type -all factored in and accounted for in a single throw of 3 dice).

Still working out the details of the "AI". Right now there's two main concepts: The 'target priority list', which is a hierarchical flowchart of how the AI unit selects its target (the player simply moves down the list, choosing the first one that applies), and the second is what I call "movement sets" -basic rules governing how the player has to move the AI units that can change based on scenario or conditions (for example, there's different sets for defensive AI, and a different set when the AI unit starts to evade).

The overreaching idea is that I want to keep the game simple enough so it doesn't bog down, but with enough detail and a smart enough AI so it stays interesting and isn't a cakewalk for the player. Maps are designed to be printed on standard letter paper. A single map is 9"x14", and maps are "geomorphic" so several can be combined to create different battlefields. Counters are top-down representation of a single unit (vehicle or infantry squad). 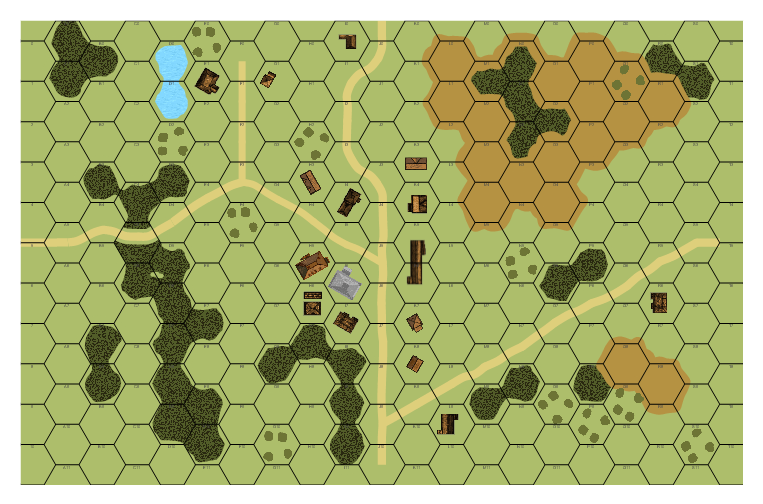